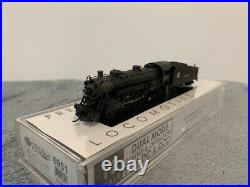 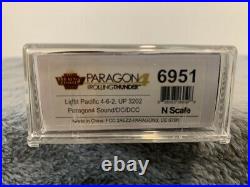 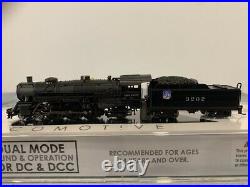 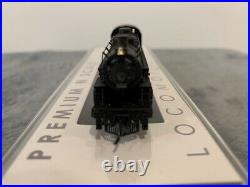 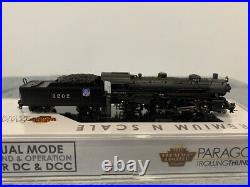 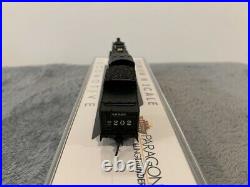 Stock photo shows locomotive #3201 - This model is #3202. The N Scale Broadway Limited USRA Light 4-6-2 Pacific is patterned after steam locomotives built to United States Railway Administration designs. There were 81 original Light Pacifics built in 1919, and these were delivered to ACL, B&O, GTW, M&O (GM&O), and L&N. Subsequently, each of these railroads built copies, and several other railroads operated locomotives with similar dimensions and equipment. The Light Pacifics were limited to 54,000 lbs load per axle, versus 60,000 for the Heavy Pacifics, and this allowed the Light Pacifics to run on most main lines.

It can be operated on all DCC systems as well as on standard DC railroads (with limited sound functionality). It has wheels profiled to operate on Code 55 and larger rail and curves of 9-3/4 radius and larger are recommended.