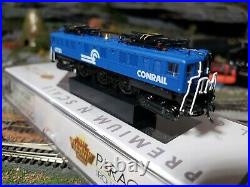 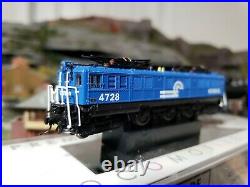 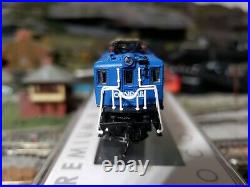 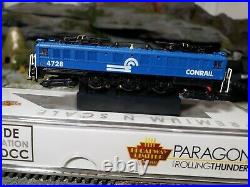 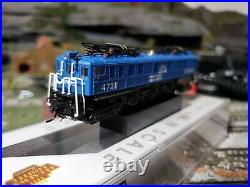 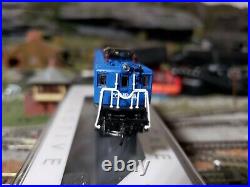 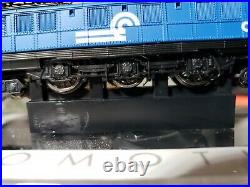 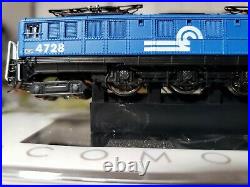 N Scale Broadway Limited P5a Boxcar Electric Locomotive, Conrail #4728. Making an offer is 100% encouraged! All reasonable offers will be accepted. The PRRs class P5 comprised 92 mixed-traffic electric locomotives constructed 19311935 by the PRR, Westinghouse and General Electric. A single survivor, prototype #4700, is at the Museum of Transportation in St Louis, Missouri.

The first P5s were built with box cabs. A grade crossing accident in which the crew were killed led to the substitution of a streamlined steeple type cab in later production, a design which was also applied to the GG1. Orders were placed for 90 production locomotives classified P5a due to minor changes from the prototypes. Production was split between General Electric and Westinghouse. The GE examples were assembled at GEs Erie, Pennsylvania facility, still a locomotive assembly plant today--while final assembly for the Westinghouse order was subcontracted to the Baldwin Locomotive Works. This is Broadway Limited's first production of the P5a in N scale. The most noticeable differences are that the passenger service locomotives have a smokestack and also classification lights at the roof corners. We will also offer five "fantasy" models painted in liveries from other railroads that operated similar locomotives.